GÖSTA JACOBSSON (1899-1978)
“was a true entrepreneur. In 1927 he started the company and early on he was exploring new ways to develop the business. He was one of the first in Sweden to export timber, from wooden packaging materials to highly processed furniture components.”

Gösta Jacobsson passed the GCE in 1917 and had planned to continue his studies to become a journalist. In 1918 he volunteered to fight in the Finnish civil war, which was being fought between the “red” social democrats and the “white” conservatively led Finnish senate. The Reds were supported by the newly installed Bolshevistic regime of Russia, while the Whites had support from Germany and to a limited extent Sweden. The war ended with victory for the Whites. Gösta Jacobsson was among those present when the Whites captured Tammerfors during Easter of 1918. Following his return home from Finland, he served for a year in the Swedish army where there were many officers envious of his active action in war the fact that he had been in real battle.

In the autumn of 1919, Gösta was registered at the Gothenburg School of Economics where he studied for one year. At those times, the students at the school were often called upon by export companies in Gothenburg.  In 1920, Gösta was employed as a correspondence clerk at Trätälja AB, a local timber exporter.  He stayed with this company for three years and then gained employment with Nässjö Stolfabrik, where he stayed for two years.

Gösta returned to Gothenburg in 1925 and was employed by Schroeder Wood Export. In 1927 he gave notice, and together with Holger Lundin he started the enterprise Jacobsson & Lundin. They had an office at Stora Badhusgatan 18-20 and only worked with selling boxboards destined for Sweden and England. One large supplier was Kalmar Lådfabrik, which remained loyal during the 1930’s. Jacobsson & Lundin worked together until the war broke out and the Germans invaded Norway on April 9, 1940. The German blockade of the Skagerrak caused the business with England to completely cease.

Gösta was called upenlisted for the marine and served from 1940 to 1945. He started a sole proprietorship in 1940 under the name Gösta Jacobsson & Co, selling and purchasing birch wood in the local market. The transactions were very modest, but it helped him get through the war. After the war, he resumed exporting boxboards to England. Hercules Cycle & Motorcycle Company then was a large client that purchased 200 m³/month. By the middle of the 50’s, new materials saw the light of day, among others, corrugated cardboard, which caused the boxboard market to dry up. The company, however, continued to sell smaller volumes of packaging materials up to the 70’s.

Germany and Spain were markets that started to develop in the 50’s. Spain was the destination for boards used to produce tomato crates. The first business deal outside Europe was with South Africa in 1948.

In 1950-1953 Gösta Jacobsson & Co AB had 19 employees. Both sons of Gösta – Gunnar and Charles – started working in the company in 1950. The largest markets at this time were Germany, England, Spain and South Africa. The company was engaged in large exports of turned furniture details and solid oak parquet flooring. Winther Browne in England was a big client that took regular deliveries from Björkträ i Viksjöfors. Back in the 50’s, inquiries and estimates offers were sent by mail and telegram. It took a long time to close business deals. When you were in a big hurry, as a last resort phones were used. To call out of Gothenburg, you would have to order a long-distance call, and the waiting times where often long simply to learn that “Managing Director Pettersson is unfortunately not at home available at the moment, could you call back later?” By the end of the 50’s, area codes were introduced and working over the telephone became somewhat easier. In 1956, the telex was introduced, first with Germany, but soon it was also possible to communicate by telex with England. Until 1957, the company worked with agents in England and Germany, but after that it established a direct presence in these markets.

Together with his sons and the partner Per Olof Nyström who entered the company in 1955, Gösta continued to develop the company.  At the beginning of the 50’s, Gunnar went on a two-month business trip to the Middle East. Iraq, Bahrain, Libya (with a Greek importer in Benghazi),, Sudan (Gordon General Stores) and Israel were markets that were established during the 50’s, 60’s and 70’s.

Also Australia was an important market during the years 1949-1955 to where. Weatherboards were a key export item. One vessel could hold load up to 4,000 m³. The products would often crack, and claims were frequent. The timber usually was 63 × 175 mm, cut into three thin boards that were then and thereafter planed. Certificates of sanitation were an important part. If only a small worm was detected, the complete shipment would be burned. At the end of the 50’s, the Australian business came to an end. Instead, by the end of the 60’s and beginning of the 70’s, the Canary Islands became an important market during the tourist boom.

In 1963, Gösta Jacobsson retired from active work in the company, but remained owner until 1976. Charles and Gunnar took over after their father. During Christmas 1978, Gösta passed away at the respectful age of 79 years. Charles retired in 1990 and Gunnar sadly passed away in 2000 and was at the time still active in the company.

In 1985 Gunnar’s son Thomas started to work in the company. When he asked his father what he would do, the simple reply was “Go get your own markets”. He went on to acquire establish businesses in Ireland, France and a little later also Spain. Later, Ireland would become the most important market in the history of the company. Charles’ son Niclas remained active in the company during 1993-2012. He continued to build up the German market, and he was also responsible for sales to England. Further, he greatly influenced the administrative development during these years, and the company still uses some of the systems he developed.

Today, the company is owned and operated by the third generation: Ann-Sofie Rahm (daughter of Per Olof Nyström) and Thomas Jacobsson together with Staffan Ottander and Mathias Högdahl. The two latter boast a long past in timber exports to the Middle East and North Africa, which has given the company an additional boost.

As times change, the sawmill industry has been restructured into fewer and larger units, new markets have opened up as globalization has run its course, while demand for timber has steadily been increasing from year to year. Timber products will always need to be distributed to various clients. At Gösta Jacobsson we are proud and encouraged to continue with these transactions, and we look forward to new future challenges in the true spirit of the company’s entrepreneurship.

Letters and telegrams dominate in the contacts with clients and suppliers. Use of the telephone increases, primarily for domestic calls.

The telex makes its appearance and the company invests in its first teleprinter. It enjoyed a central place in the office and until the telefax took over.

The NMT (Nordic Mobile Telephone) system was introduced in 1981 and became a significant breakthrough for mobile phoning since the same standard was introduced in all the Nordic countries. After this, the GSM and 3G systems made their entries. With today’s smartphones, we literally carry the office in our pockets, and we are never more than a key press away from e-mail, texting, WhatsApp, etc.

The fax soon became popular and within a few years, everyone has a fax. This was probably the easiest and most informal means of communication as it enabled the user to write by hand and immediately write a reply on a received fax.

With the advent of e-mail, the glory days of the fax abruptly came to an end. The fax is still in use, though, primarily in a few European markets. Outside Europe, e-mail has completely replaced the fax.

Skype is the latest advance in communications technology, i.e. IP phone services. It works just fine, not the least in markets outside Europe. Customers we do not meet very often can now be ‘visited’ in real time on office monitors. Skype has also simplified sending text messages.

But at the end of the day, any business deal is about human interaction: to be clear in one’s communications, deliver what has been agreed upon and confront and deal with any problems that occur. Transactions become much easier once you develop trust in each other, which is why we still like to be a little old-fashioned and do as we have always done – in other words travel and visit clients and suppliers, and often simply pick up the phone to hear and speak to the person behind all the electronic messages. 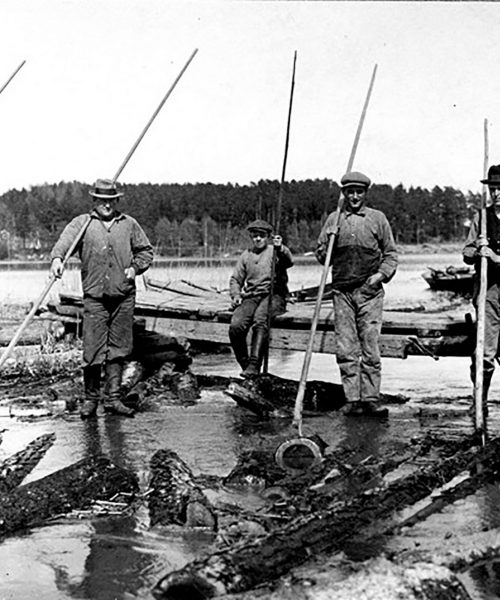 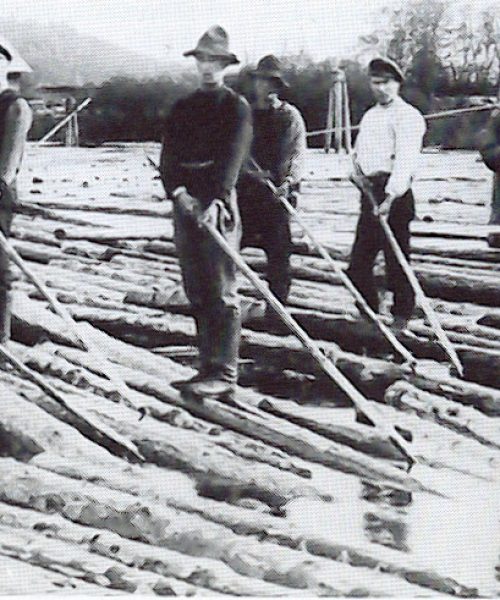